How Much Does Car Insurance Cost?

Grant Sabatier
updated: July 16, 2020
This article includes links which we may receive compensation for if you click, at no cost to you.

If you’re behind the wheel, you probably regularly wish you could spend less on car insurance. It’s one of those expenses that’s non-negotiable because every state requires you to have at least the minimal level of coverage, but everyone wishes they could reduce the cost of.

But if you’re a relatively new driver, you may want to know exactly how much car insurance costs.

The cost of insurance is affected by a multitude of factors, such as your zip code, your age, marital status, and so on – so knowing exactly how much it’ll cost for you can be tricky. Plus, each insurance provider offers different rates and discounts.

That said, some average costs have been calculated by industry experts – and that’s what I’m going to share with you today.

What Factors Influence the Average Cost of Car Insurance?

Car insurance is determined by a number of different factors, some of which are:

The basic demographics – your age, gender, marital status, and zip code – will be the key factors that affect the cost of your auto insurance the most.

For example, if you’re married, you’re likely to pay lower premiums than your unmarried counterparts – because statistics show that married people are less likely to have an accident.

Similarly, if you’re a female, you’ll pay less for auto insurance than males your age – again, because females are statistically less likely to be involved in accidents.

The younger you are, the more you’ll pay for car insurance.

That’s because you’re less experienced as a driver, meaning the insurance provider sees you as someone who has a higher risk of crashing their car.

Each area has a different claim ratio, so if you happen to live in a state that has a high claims ratio, you’ll pay more than if you lived in a state with a low claims ratio.

Each insurance provider has its own system for determining these rates – but do bear in mind that moving to a different area could affect how much you pay for car insurance.

The Type of Coverage

While there are more than a few different car insurance types, here are the three that are most commonly purchased: comprehensive, collision, and liability.

The other two insurance types – collision and comprehensive, aren’t compulsory – but together, these three types are referred to as full coverage insurance.

Medical coverage is also often considered to be part of the full coverage package.

How Much Is Car Insurance Per Month?

Even though car insurance depends on many different factors, you may want to know the ballpark figure so that you have an idea of how much Americans are paying for auto insurance.

Interestingly, there are quite a few different figures for the average insurance cost out there – so I’ll give you an overview.

According to the most official source – a report published by the National Association of Insurance Commissioners – the average cost of car insurance per year is $1,133 in the U.S. This works out as about $95 per month.

However, this report was based on data from 2014-2017 and published in 2017 – so it isn’t surprising that more recent sources give a considerably higher cost.

According to research conducted by Business Insider, in 2020 the average cost of car insurance in America is $1,566 a year, or $130 a month.

So, even the average cost depends on which factors you look at and how you calculate the average – but it’s probably closer to the figures provided by Business Insider which used studies from multiple recent studies than the National Association of Insurance Commissioners due to these figures being more recent.

Related: Read my tips on how to save money on car insurance.

How Does Average Car Insurance Cost Vary by State?

As mentioned, where you live will greatly impact how much you pay for car insurance – which can be a good thing and a bad thing.

Based on the ValuePenguin 2019 study, here are the states where car insurance is most expensive:

And here are the states where car insurance is the most affordable:

How Does Car Insurance Vary by Age?

As you know, car insurance for young adults costs considerably more than people in their late twenties and older.

That’s perhaps unsurprising because young adults have less experience, and there’s a higher likelihood of accidents – though it is frustrating for those who are looking to purchase car insurance for the first time.

If you’re a young and inexperienced driver, you could be facing really high insurance rates.

In some cases, teens (an 18-year-old, for example) could be paying more than twice as much as a 25-year-old for car insurance – and that’s quite a big difference.

How much is car insurance for a 20-year-old?

According to ValuePenguin, on average, insurance rates for 20-year-olds are $5,333. It works out as about $444 per month – and that’s a good chunk of your limited student budget.

How much is car insurance for a 25-year-old?

As you get older, the rates for auto insurance decrease, which is why rates for 25-year-olds are considerably lower than for 20-year-olds. That said, they are still higher than what you would pay if you were over 30.

According to the same study by ValuePenguin, on average, 25-year-olds will pay $3,207 a year for car insurance. That works out as about $267 per month.

If the average cost of car insurance scares you a little, the good news is that there are some excellent ways to reduce your car insurance costs for young drivers.

Several providers generally offer more affordable rates for young adults – and many providers have excellent discounts in place for young drivers. Here are a few of the main discounts offered by insurance providers across the U.S.:

Make sure you’re aware of what the insurers in your area offer so that you can make the most of their offers and discounts.

Also, check out my list of the best car insurance companies for young adults to see who the best insurance providers for young drivers are.

So, to sum up – how much you’ll need to pay for car insurance varies a lot because it depends on a multitude of factors (most notably your age, gender, and zip code). Younger people will typically pay a lot more for auto insurance – which can be frustrating if you’re new to the driver’s seat and don’t have very much money to spend.

Telling how much it costs on average depends on how you are calculating the average – and there are a few different figures out there. Based on a study conducted by ValuePenguin, 20-year-olds, on average, pay over $5,000 per year for car insurance – while 20-year-olds pay over $3,000.

Finally, the cost of insurance varies across insurance providers a lot – so you should spend some time shopping around before you choose which company to go with. If you’re not sure which provider to choose, my post on the best car insurance companies in 2020 might be a good place to start. 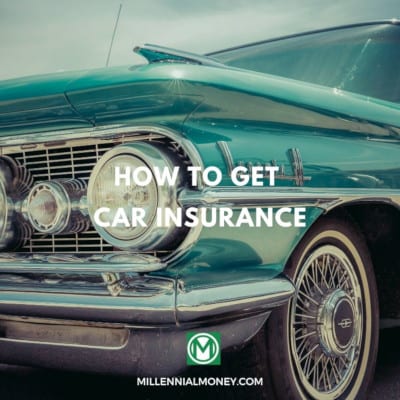 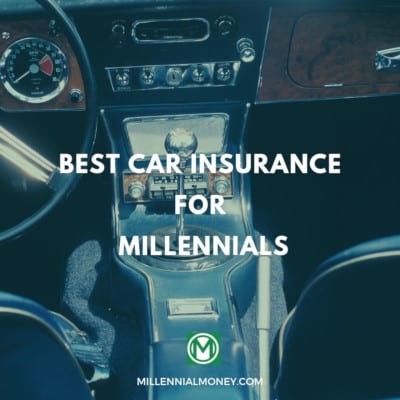