So when will TikTok's parent company, ByteDance, IPO? I dive into the when, the bull case, and the bear case, and more in this news article.

ByteDance, the parent company of TikTok and many other social media apps, could be gearing up for an IPO later this year.

Here’s what potential investors need to know about the China-based tech giant.

ByteDance is a China-based technology company that owns many popular apps, including the social video sharing platform TikTok, a China-based version of TikTok called Douyin, and a news aggregator, Toutiao. ByteDance is the most valuable private VC-backed company in the world with a current valuation of about $180 billion.

ByteDance, a China-based technology company, has attracted the attention of investors as its short-form social video company, TikTok, has gained popularity in the United States.

As of 2020, TikTok has 100 million monthly active users in the United States, an increase of 800% from 2018. As the parent company of TikTok, ByteDance stands to benefit from the social media platform’s growth in the United States and abroad, but it isn’t the only source of revenue for ByteDance.

The company also has a Chinese social video platform, Douyin, that’s even more popular than TikTok, with about 600 million daily active users. ByteDance is also the owner of Toutiao, which is a news aggregator in China that tailors news to users utilizing artificial intelligence.

ByteDance’s social companies are extremely popular with users and generate massive amounts of revenue for the company. This has fueled ByteDance’s growth, helped the company raise billions of dollars in funding, and boosted the company’s valuation to an estimated $180 billion.

I’ll let that figure sink in for a moment, considering this valuation makes ByteDance the most valuable privately held venture capital-backed startup in the world.

ByteDance stock isn’t yet publicly traded, but there are some compelling reasons why investors may want to consider buying ByteDance stock when the company IPOs.

For starters, ByteDance is one of the fastest growing social media companies, with more than 1 billion users worldwide. One of its bright spots has been TikTok, which has exploded in popularity over the past few years in the United States.

While still smaller than Facebook, Instagram, and Twitter, TikTok’s user base is increasing quickly and users spend a lot of time on the app—about 52 minutes each day.

ByteDance isn’t publicly traded, so the company isn’t required to release financial information about TikTok or its other apps. But data from The Information shows that TikTok’s revenue in the United States was an estimated $500 million in 2020.

Second, ByteDance has increasing worldwide influence in the tech space. The company’s other video sharing app, Douyin, had 600 million daily active users in 2020. Douyin, sometimes referred to as the Chinese version of TikTok, is the largest video sharing platform in China and generates about 60% of ByteDance’s ad revenue in the country.

ByteDance finished 2020 with at least $27.2 billion in ad revenue, according to Reuters, making the company the second largest ad platform in China, behind the largest, Alibaba.

And it’s likely that Douyin (and TikTok) are just getting started. Short-form video is still in its infancy and both of the apps have only recently begun to offer in-app e-commerce and other revenue verticals.

And finally, potential ByteDance investors should pay close attention to the company’s news aggregator, Toutiao. The app is the second most popular news app in China, with 272 million active users in 2020. The company is closing in on Tencent’s news app, which has 291 million active users.

Toutiao is extremely important to ByteDance’s top line and is responsible for about 20% of the company’s ad revenue.

ByteDance’s total revenue doubled to about $37 billion in 2020, according to data from The Information. The company’s operating profit also skyrocketed to $7 billion, a massive increase from $4 billion in 2019.

Bear Case: Why You Should Avoid ByteDance Stock

While ByteDance could be a promising investment when it goes public, there are a few things potential investors should keep in mind.

First, the company is not without controversy. ByteDance is located in China, and as such, is subject to Chinese laws. This means the company has to adhere to China’s strict—and sometimes controversial—rules about what type of content is or isn’t allowed on its platforms.

For example, ByteDance faced some backlash in the United States last year when it was reported that the company was removing political content on TikTok. Some users said the company was censoring posts about Tibet and the 1989 Tiananmen Square protests.

ByteDance has tried to fix this by segregating its TikTok business as a separate company, TikTok Global, and setting up data servers in the United States to protect users’ data.

The Trump administration had tried to address potential national security threats by issuing a ban on TikTok in the United States. The ban never ended up taking effect, but it caused ByteDance to look for potential buyers for TikTok’s U.S. business, with both Walmart and Oracle considering deals.

Under that potential deal, TikTok would have been taken public on a U.S. stock market exchange within 12 months of the agreement. But the companies never reached a final agreement, and it brought a lot of confusion about whether the U.S. government will take further steps against ByteDance and TikTok in the future.

Under the Biden administration, at least for now, it appears the government isn’t pursuing any restrictions on TikTok.

Finally, as with any social media company, ByteDance faces steep competition. Investors only have to look at Facebook and Instagram to see how quickly users shift their attention from one platform to the next. TikTok may be the emerging social video app right now, but ByteDance will have to work very hard to keep TikTok, and its other apps, on top.

TikTok’s Planned IPO Date: When Can I Buy ByteDance Stock?

ByteDace hasn’t announced any specific date for when it will go public. The company has been rumored to be going public for some time and in November, 2020 Bloomberg reported that ByteDance was looking to raise $2 billion from private investors before going public.

According to these rumors, ByteDance’s new funding would value the company at about $180 billion and prepare the company to IPO Douyin and Toutiao, potentially on Hong Kong’s stock exchange.

As of March 2021, nothing has been formally announced about ByteDance’s IPO or the public listing of any of its companies.

What Is ByteDance’s Stock Symbol?

ByteDance isn’t publicly traded on any stock exchanges right now, so it doesn’t have a stock symbol. If the company files to go public, then it would likely announce at that time what it intends its stock symbol to be.

ByteDance has reportedly been in talks with both the Shanghai and Hong Kong stock exchanges about going public. The company may be considering taking one, or several, of its companies public. But it’s still unclear whether ByteDance will go public as a single company or separate its popular companies into individual listings.

ByteDance Stock: Who Owns It Now?

ByteDance has raised a ton of money over the past few years, with 11 funding rounds totaling $7.4 billion. According to Crunchbase, the company’s latest funding round occurred in March, 2020.

According to The Wall Street Journal, Susquehanna is one of the most significant ByteDance owners, with about a 15% stake in the company. Investors looking for a “backdoor” to owning ByteDance before its IPO could go to SoftBank (OTC: SFTBY). The company, which is investing $100 billion in startups across its Vision Fund, led a funding round in ByteDance at a $75 billion valuation.

ByteDance Stock Chart: How Much is It Worth Now?

ByteDance’s pre-IPO valuation has skyrocketed over the past few years, rising from $78 billion in 2018 to its current valuation of $180 billion.

A large appetite for technology investments and the rising popularity of TikTok have likely fueled private investor interest in ByteDance over the past few years, pushing the company’s valuation into the stratosphere.

With the company currently valued at around $180 billion, ByteDance is one of the most valuable venture capital-backed private companies in the world.

ByteDance isn’t traded on any stock exchange right now, so the company doesn’t have a share price. There are rumors that ByteDance may go public later in 2021, but the company hasn’t confirmed this.

ByteDance has reportedly been in talks with both the Shanghai and Hong Kong stock exchanges but hasn’t yet settled on which exchange it will use. Additionally, the company may divide its businesses and list them separately on an exchange, instead of going public as a single company.

Should You Buy ByteDance Stock When the Company Goes Public?

There’s a lot for investors to be excited about when it comes to ByteDance. The company is already one of the most valuable VC-backed private companies in the world and its massively popular social media and news apps span across the globe.

Add to that the fact that the company generated an estimated $37 billion in sales in 2020 and it’s no wonder why investors would want to jump on this company when it goes public.

But there are also a few risks investors should consider. First, tensions between the United States and China have already spilled over into ByteDance’s business and nearly shut down TikTok in the United States.

These issues aren’t going away any time soon and if ByteDance takes TikTok public separately, or even if ByteDance goes public as a single entity, any new flare-ups between the two countries could wreak havoc on ByteDance’s stock.

Second, it’s usually a good idea to wait for a little while before investing in a company that’s just gone public. While ByteDance would have to release some financial data before it goes public, investors will get a much clearer picture of how well the company is doing after it reports several quarters as a publicly traded company.

For those two reasons, I wouldn’t jump on ByteDance’s stock right when it goes public. And for those investors that do, make sure you keep a close eye on how the company responds to the contentious relationship between the United States and China.

Can You Invest in TikTok?

Not right now. ByteDance, which is TikTok’s parent company, is not publicly traded and neither is TikTok. ByteDance has reportedly explored taking TikTok public, but those plans have not been confirmed.

Will TikTok Have an IPO?

It’s still unknown whether or not TikTok will IPO. The company is owned by China-based ByteDance and neither company is publicly traded right now. ByteDance is rumored to potentially go public in 2021 or may take some of its companies, including TikTok, public individually.

ByteDance isn’t a publicly-traded company on any stock exchange. The company is reportedly exploring going public in 2021, but it hasn’t filed any official paperwork to do so as of March, 2021. ByteDance may consider going public on either the Shanghai or Hong Kong stock exchanges or may choose to list some of its individual companies on an exchange.

Can I buy shares in ByteDance?

No, you can’t buy shares of ByteDance right now. The company is privately held and isn’t listed on any public stock exchange. 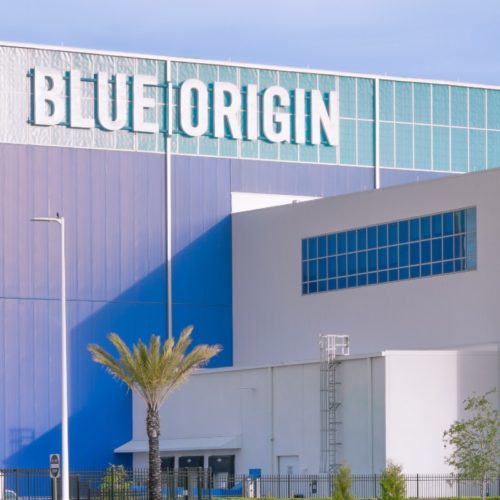