Auto insurance rates vary depending on the state in which you live. Find the average cost of car insurance for every state in the U.S. here.

Grant Sabatier
updated: May 12, 2020
This article includes links which we may receive compensation for if you click, at no cost to you.

Car insurance is one of life’s most annoying expenses. There’s no immediate benefit since a large part of your coverage protects other drivers. And in most states, you’re required to have coverage by law.

Car insurance premiums vary considerably from one state to another. Drivers in Michigan pay the most; drivers in Maine pay the least. California is expensive. Ohio is not.

You can do everything in your power to keep your premiums low only to have your state’s laws drive them up anyway.

Let’s take a close look at auto insurance rates by state and then learn what you can do to lower your premium.

What Is The Average Cost of Car Insurance by State?

Here is a complete list of average auto insurance rates for each state, ranked from the most expensive to the cheapest for 2020:

To put these auto insurance rates by state into perspective, Insure.com reports the national average auto premium is $1,457 annually.

What draws my attention is the wide disparity between the most expensive states and the cheapest states — especially when you consider the same car insurance companies sell these policies nationwide.

Why would GEICO or State Farm charge such different insurance prices? Does Progressive Insurance believe driving in Michigan is three times more dangerous than driving in Maine? Surely there’s something else in play.

Yes, your state’s laws provide the context for your car insurance rates. Within this context, the smaller details paint a picture of your life on the road. This picture gives your auto insurer information to assign your car insurance quotes.

You can’t control all these factors, but it helps to know them:

Some of these factors are within your control; others are not, or they may require changes in your behavior or your coverage choices.

Why Are Some States Cheaper for Car Insurance?

No single factor decides what states have the cheapest car insurance. There are several factors, and each factor can have a different impact in different states.

This doesn’t mean population density alone sets premiums state by state. If that were true, Alaska would have the lowest premiums by far. In reality, about 10 states have cheaper rates than Alaska’s.

Insurers consider population density in a more nuanced way. The disbursement of a state’s population matters more than the average number of people per square mile. A state with a small population may still have a couple large cities with high-density neighborhoods and congested highways.

With this in mind, it’s not surprising that Maine, Idaho, Iowa, New Hampshire, Vermont, and North Dakota are among the 10 states with the lowest car insurance rates. These states do not have large population centers.

Meanwhile, a state like Louisiana, which isn’t densely populated, has high premiums, in part because of the cities of New Orleans and Baton Rouge. (Also, the likelihood of natural disasters plays a role).

Every state except New Hampshire requires drivers to buy liability coverage on their vehicles. But each government sets a different state minimum.

A state with higher requirements for liability coverage will normally see higher premiums. And, some states require more than just liability coverage. New York State, for example, is among the 18 states (plus Washington, D.C.) that require drivers to buy uninsured motorist coverage. This coverage protects you even if an uninsured driver damages your car.

The frequency of claims in a state depends a lot on the population density issue we already discussed. But there may be other factors in play.

For example, areas with frequent and extended traffic jams or more miles of high-speed roadways have more accidents. That will result in more claims and higher auto insurance premiums.

This issue is closely linked to state laws. In some states, filing a lawsuit is easier and, therefore, more likely to happen. States with more common lawsuits have higher auto insurance premiums.

What Drives Up Rates In Expensive States?

Each factor listed above contributes to higher premiums in the most expensive states for car insurance. But there are other factors that have a more specific impact on state-by-state premiums.

The cost of an auto insurance policy is directly connected to the coverage amounts built into the policy. For example, Michigan has the highest premiums in the country, in part, because the state guarantees unlimited lifetime medical benefits to accident victims. Other states limit medical benefits or they don’t even require personal injury protection coverage.

The Number of Uninsured Drivers

States with a high percentage of uninsured drivers will have higher premiums. If you were in a wreck with another motorist who had no insurance, you’d have to file a claim with your own insurance company. That would increase premiums.

In 12 of the 50 states, insurers do not assign responsibility to motorists after an accident. In the other states, insurers consider at least one driver the at-fault motorist. That person’s insurance will pay damages while the other drivers’ policies do not pay.

You might think no-fault states have lower than average car insurance rates because the risk is distributed across several insurance companies. But this isn’t necessarily true. When no one is at-fault, every driver must file a claim with his or her own insurer. This leads to more claims.

No-fault states also require drivers to have personal injury protection (PIP) coverage which adds even more to the cost of the policy. States have enacted no-fault provisions to limit the ability of drivers to sue one another.

No-fault is a provision in the following 12 states:

No-fault states Utah, Pennsylvania, and North Dakota have lower-than-average premiums, presumably because other variables compensate for the extra costs associated with no-fault laws. It’s tough to know with certainty because insurers use private data firms such as Quadrant Information Services to analyze state-by-state risks.

I hope this post helps you understand why auto insurance premiums vary from state to state. If you live in a high-cost state, driving carefully will be even more important if you’d like lower premiums.

8 Tips to Lower Your Car Insurance Premiums – In Any State

Short of moving to a state with lower car insurance – which could help tip the scales if you’re thinking about moving – how can you lower your car insurance premium?

Raising your deductible from $500 to $1,000 will lower your auto insurance premiums. Most motorists will see a big decrease. But make sure you have enough money in savings to pay the difference. If you can’t afford your deductible, your insurance coverage can’t work for you.

Decreasing your liability to your state minimum can also reduce your car insurance cost. But be careful here, too: You should have enough liability coverage to protect your assets. If someone sued you for damages and your insurance couldn’t pay, you’d be personally responsible.

More expensive cars cost more to insure. Your insurance company would pay more to replace or repair a $50,000 car than it would fork out for a $5,000 car. Your policy’s collision and comprehensive coverage pay for these damages.

The same holds true for sports cars and specialty vehicles. Before buying your next vehicle, find out the average rates to insure such a vehicle. Also, be aware that certain safety equipment will reduce your car insurance costs.

In most states, the best auto insurance companies consider you a safe driver if you’ve gone three years without an at-fault collision or a moving traffic violation such as a speeding ticket. (Parking tickets don’t count.)

If you had an at-fault wreck last year, you’ll have to wait two years before you can access lower premiums. A DUI may stay on your record longer. California, for example, records DUIs for 10 years.

If you have an at-fault collision or a moving violation on your driving record, check with your insurance company about an approved safe driver course. Some auto insurers will reduce your premium if you complete such a course.

5. Take Advantage of Every Discount

Insurers offer a bunch of discounts: Safety equipment on your vehicle, low annual mileage, customer loyalty, multiple vehicles on the same policy, good grades, multiple policies with the same company, good grades for high school students – you name it. Check with your insurance company to see which discounts they offer that may apply to you.

6. Bundle Your Auto Insurance with Other Policies

You can usually get a substantial reduction in your premium if you bundle your auto insurance with other policies, like homeowners or renters insurance, or even business insurance.

Some car insurance companies even offer life insurance, boat insurance, or an umbrella policy. (These don’t cover umbrellas; they extend your liability coverage.)

A higher credit score can lower your premiums. If your credit score is low, work to increase it, then contact your insurance company and request a re-evaluation.

Paying your bills on time and paying down your credit card debt can get you off to a great start. Apps like Credit Sesame and Credit Karma can help you monitor your score.

Auto insurance companies don’t stay competitive forever. Some increase their premiums, while others decrease them to gain more market share. It’s not always logical. Allstate may provide your best rate one year; the next year Nationwide may charge less. You won’t know unless you get more car insurance quotes.

Most insurance policies expire after six months. So shop around every six months or at least once a year to take advantage of the companies offering less expensive coverage.

As you probably knew before reading this article, car insurance is complicated. Your state’s laws, your neighbors’ driving habits, the crime rate in your ZIP code, your age, your car’s trim package — plenty of variables contribute to the premiums you’re paying.

You can’t change the laws in your state, but by being aware of them you can put yourself in a better position to lower your car insurance costs. And there’s plenty you can do on an individual level, which is where you really need to concentrate your efforts. 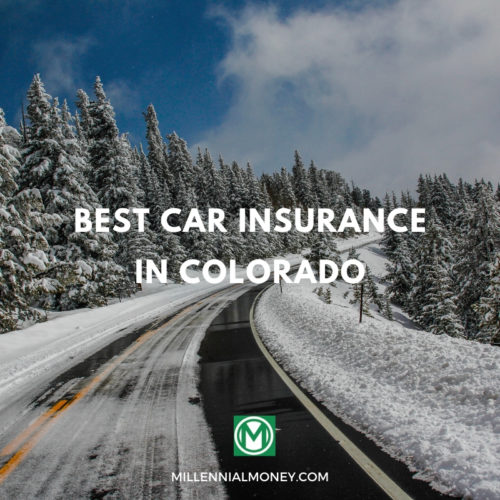