Peak Money Review: A Better Way to Save?

Peak Money is an incredible goals based savings app that makes saving money easy. Check out these 7 reasons why I recommend Peak Money.

According to the Peak Money website, the company has closed as of April 2022.

Almost everyone I talk with says that they want to save more money—but so many people feel like they don’t know how to get started. Or saving money just isn’t fun. it’s viewed as a sacrifice instead of an opportunity.

Over the past 6 years, I’ve tested and used hundreds of saving and investing apps. Most of them are bland copycats of each other and run by big finance companies.

They are uninspired and make saving seem boring. Since they aren’t fun to use people don’t use them and don’t save money – which, of course, is the whole point of using a savings app.

This is why I was so pumped when last year I met the team behind Peak Money: a new app that is trying to create that better way and more inspiring way to save money. After spending many hours digging into what they are building, the vision of the app, and many phone calls I made a big decision: Peak is the first fintech company where I’m serving as an official advisor.

To learn more about the mission behind Peak check out the interview I recently did with its creator Jay Kelley.

So, yes, I’m a little biased—but after trying over 300 of the best money tools, I’m still convinced Peak is something special. So, how does it work, and what makes it stand out? Today, I’ll share my opinion on the Peak app and why you should check definitely check it out if you have an iPhone (stay tuned the Android version is also in the works).

7 Reasons to Use the Peak Money App

There’s a lot to love about Peak, but I’ll just highlight a few of my favorite elements:

At its core, Peak facilitates goal-based savings. Rather than simply keeping all of your money lumped together in your savings account, Peak allows you to create 3D digital mountains (“peaks”) to represent the various goals you’re pursuing: Emergency Fund? Used Car? Down Payment? Trip to Paris?

Set each of those up as a peak, and you can track your progress toward your goal.

Peak also allows you to set up automated transfers or round-ups: Connect your credit card, and each expense will be rounded up to the nearest dollar… with the difference being added to your goal.

Although it won’t add a lot of money, it’s fun to see yourself making progress toward that vacay, even between large deposits.

Having money is great, but managing it can be exhausting. Aside from the core functionality, Peak has a variety of elements that help to motivate and encourage you, as you continue to progress toward your goals: inspiring quotes, in-app articles and tips, and even a Headspace-style breathing feature that helps you to stop and de-stress, right in the app.

One thing that stood out to me about Peak was how easy the sign-up flow is. It seriously took me only a couple of minutes to put in all of my information, and all of the instructions were easy to follow.

I will say, I have a couple of friends who have mentioned that their bank isn’t supported by Peak, yet, but if you’re currently using any of the major banks, you should be good.

Any money you earn in the Peak app gets you a 1% annual return, which is distributed every quarter. There are a number of High Yield Savings Accounts that will provide a higher rate, but this is significantly higher than the national average on savings accounts, which is about 0.1%.

Even more so than some other savings apps (Digit, Qapital) that give you 0% interest.  When it comes to short-term savings, you may not be keeping your money in the account long enough to actually earn this interest, but it’s still nice to have your money earning money for you.

Peak costs $0.99 per month. While it may initially seem counterintuitive to pay for a savings app, I see this as being similar to the wisdom of choosing a fee-only financial advisor: Businesses will make money off you somehow: if you’re not paying them, they’re probably selling your data or making referrals that may not be in your best interest.

In terms of the actual rate, this is very reasonable relative to other micro-savings apps in the market: Digit now costs $5 per month. Qapital’s plans range from $3 to $12 per month. At under a buck, Peak feels like a deal.

7. You Can Trust the Team

No, the team’s background doesn’t change the surface-level interface of the app, but it’s important to pay attention to who is managing your money. The Peak team doesn’t come from the same kind of background that many of today’s finance apps… and it shows

In this case, I really believe in what this group of people is trying to do: Most of the founding team has been working together for almost 10 years, developing a variety of health & wellness apps. They’re also mostly based in Chattanooga, Tennessee, which is obviously a bit unique, for a fin-tech. This combination gives them a unique perspective, which I’ve found refreshing.

I know a lot of fintech apps where the company’s primary motivation is to make as much money off of you as possible. Yes, they offer something cool… but they’ll do whatever it takes to turn a profit. I know that’s not what motivates the Peak team: Through hours and hours of conversations, I’m convinced that this is a group of people who starts from a desire to help people… and views their company and this product as a way to do that.

There are a lot of savings apps out there, but Peak Money still feels unique. While the app shares similar core functionality with other products, the team’s unique background and the subtle touches throughout the app make it worth trying.

For anyone looking to save for something in the short- to medium-term, I definitely recommend Peak as a positive, encouraging way to save. You can find Peak in the App Store.

Read 2 comments or add your own 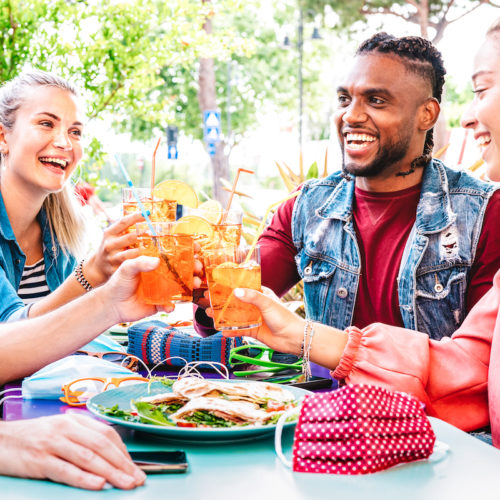