Deciding between a Traditional IRA and Roth IRA is WAY more important than most people realize. In fact, it's a choice that could cost you THOUSANDS.

Company pensions have become a relic, and the Social Security safety net seems to get thinner every few years.

When it’s time for retirement in a few decades, we millennials may be entirely on our own.

In preparation, we need to build our retirement plans using tools such as Individual Retirement Accounts (IRAs) along with 401(k)s from work.

Opening the right kind of IRA — traditional or Roth — can make a huge difference in your financial life, both now and in the future.


Roth vs. Traditional IRA: At A Glance

What Is The Difference Between A Roth IRA & Traditional IRA?

Both traditional and Roth IRAs give us a tax-preferred way to save and invest for retirement.

With a traditional IRA, your contributions, up to the IRS’s limit each year, will be tax-free. The IRS changes this limit every few years. Currently, it’s $6,000 unless you’re between age 50 and age 70-½ in which case you could contribute up to $7,000 tax-free.

You’ll be making a pre-tax contribution which will help you in your current year’s taxes. But when you withdraw funds later in life, you’ll have to face the income tax burden then.

With a Roth IRA, you contribute money that’s already been taxed. Depositing money will not lower this year’s taxable income.

But because you deposited after-tax money, you will be able to withdraw from your Roth IRA later in life without paying income tax on the withdrawals.

You still have contribution limits from the IRS each year just like you would with a traditional IRA because the money you invest will grow tax-free.

With no minimum initial investment required and no trading fees on stocks, ETFs and options, you can't go wrong investing with Ally.

So the main difference between Roth and traditional IRAs asks this simple question: When should you claim the tax break — now or later?

Traditional IRAs let you save money pre-tax, which means you’d currently get up to a $6,000 reduction in your taxable income this year.

This tax benefit can have even more significance if the $6,000 reduction in earned income lands you in a lower tax bracket, which could lower your entire tax bill even more.

A Roth IRA’s contributions will not lead to these immediate reductions in your earned income, but you’ll be able to save on taxes when you withdraw the money later, presumably during retirement.

Answering this question may require some help from a tax professional, but here are some common scenarios:

Answering these questions can help you determine which kind of IRA to open, but there’s more to consider before deciding for sure.

Your IRA tax break isn’t the only difference between traditional and Roth IRAs. Here are some other key differences to know about:

Once you reach age 70-½, you can no longer contribute to a traditional IRA. A Roth IRA has no age restrictions for contributions. You can continue contributing even while you’re withdrawing.

Anyone who earns an income is old enough to contribute to either kind of IRA, and only earned income from a job can be deposited into an IRA. You can’t deposit money you earned from selling property or stocks, for example.

These numbers usually increase by a few thousand dollars each year.

Traditional IRAs require you to make a minimum withdrawal each year after you reach age 70-½ and stop contributing to the account. The amount you must withdraw depends on the size of your account and your income.

You will be taxed on these withdrawals since traditional IRA withdrawals are not tax-free.

Roth IRAs do not mandate withdrawals of any amount at any time. In fact, you can keep the money in the account until you die and let your heirs withdraw the funds or roll them into their own IRAs.

In most cases, the IRS charges a 10 percent penalty to withdraw money from a traditional IRA if you’re younger than 59-½. This penalty will be assessed on top of income taxes on the withdrawn sum.

Since Roth IRA money has already been taxed, you won’t be taxed on early withdrawals, but you will face the 10-percent penalty if you withdraw before you reach age 59-½.

The IRS allows certain exceptions from early withdrawal penalties, such as financial hardship. You can also withdraw up to $10,000 penalty-free if you’re using the money to buy your first home.

Should I Open a Roth or Traditional IRA?

If you want the short and simple answer, open a Roth IRA and try to deposit as much as the IRS allows each year, which is currently $6,000.

Your money will grow tax-free, and you’ll have an easier time withdrawing money later if necessary when compared to a traditional IRA.

During retirement, you’ll be able to withdraw money from the Roth IRA without paying income tax on the funds.

But a Roth IRA won’t always be the best fit for all millennials. Keep reading to learn about the unique benefits of a traditional IRA and about income restrictions, which could make you ineligible for a Roth IRA.

Both kinds of IRAs can help you maximize your retirement investing.

Can You Have Both a Traditional and Roth IRA?

Yes, you could open both a traditional and a Roth IRA, assuming you meet the age and income requirements of both kinds of accounts described above.

But there is a catch: Your maximum amount in tax-advantaged contributions each year will not increase.

Is it Smart to Have Both a Traditional IRA and a Roth IRA?

Contributing to both a traditional and a Roth IRA has its advantages.

None of us can be sure how our tax situation will look in 30 or 40 years. Having investments growing in both kinds of IRAs could give you more choices later in life.

You’d also have more flexibility. For example, what if you took on a part-time job in your 70s and started to earn more income? Or what if you started a consulting business and faced self-employment income taxes?

In those cases, you may find yourself in need of the tax break you’d get withdrawing money from your Roth rather than your traditional IRA account.

You’d still have to make minimum withdrawals from your traditional IRA based on current law. But at least you’d have a little more control over your tax picture.

Is a Roth IRA Worth It?

As mentioned already, most millennials will benefit most from a Roth IRA, assuming you are already taking advantage of your employer’s 401(k) match.

This is true because you can invest and grow your money without worrying about paying capital gains taxes, and you’ll have an easier time accessing your money, if needed, before retirement.

In fact, if you aren’t already investing within a Roth IRA, I’d recommend getting started with one today, assuming you meet the income qualifications. A traditional IRA will be a better fit if you don’t have an extenuating circumstance described above.

Converting a Traditional IRA to a Roth IRA

If you have a traditional IRA and you’d prefer a Roth IRA, you can convert your IRA to Roth.

However, doing this can have a significant impact on this year’s taxes since your earnings within the IRA would be considered taxable income.

If you recently opened the traditional IRA and would like to convert, your earnings may not be significant enough to cause trouble.

Either way, I’d work with a tax professional to make sure you don’t wind up in a tight spot when you file your return.

If your employer has a 401(k) program or something similar, like a 403(b), you should contribute to your employer’s plan before funding either kind of IRA.

In many cases, employers match a certain percentage of your contributions. This employee match means you’re getting free money, and you know how unusual that is.

Employer-sponsored 401(k)s work a lot like traditional IRAs except your employer manages your investments — and your tax-free contribution limits will be several times higher with your 401(k), leading to more tax relief.

When you change jobs, you’ll need to roll over your 401(k) money into your new employer’s program or into your IRA.

According to recent research, most millennials already contribute to their 401(k) plans, which is really good news.

Read 3 comments or add your own 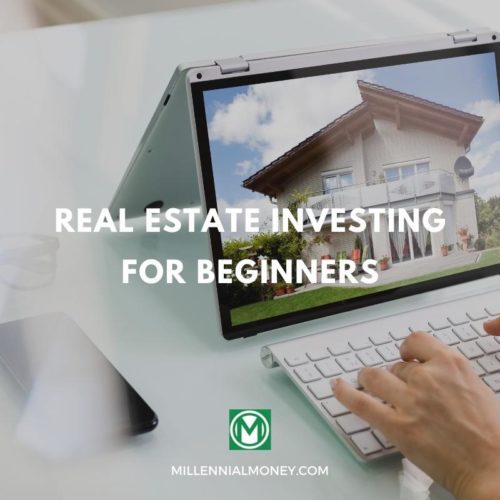