Vio Bank is a solid option for people who are looking to either put money aside and forget about it for the foreseeable future or maximize their short-term savings with an industry-leading APY.

Vio Bank is a reliable and trusted online bank, backed by parent company MidFirst bank out of Oklahoma. While Vio Bank may not have the brand recognition of some competitors, it offers one of the best HYSA interest rates on the market.

If you’re looking into Vio Bank as a short-term savings vehicle, you’re on the right track.

Vio may not be a household name just yet, but this online bank grows more popular every year thanks to its competitive annual percentage yield (APY).

So, is Vio Bank right for you? Let’s take a look and find out.

While you may not have heard of Vio Bank, you’re probably familiar with its parent company, Oklahoma City-based MidFirst Bank which is one of the largest privately-owned banks in the United States.

Vio is MidFirst’s online banking division, meaning Vio has no ATMs or brick-and-mortar branches. It is a purely Internet-based bank.

You will not find any other types of financial products — like credit cards or checking accounts, for example — at Vio Bank. The bank doesn’t care about your credit score or your debt-to-income ratio. It just gives you a safe place to keep and grow your money.

A Certificate of Deposit, CD, in case you’re not aware, is a type of money market account that promises a fixed interest rate for a certain period of time. Customers are required to keep their money in the CD for the specified period of time in order to receive the full interest yield.

Vio’s CD rates vary depending on your CD term’s length. For example, 6-mo

nth CDs currently offer 0.20% APY. The maximum length, 10 years, will pay an APY of 0.80%. Vio Bank’s CDs automatically renew at the end of your term.

Interest is compounded daily and applied at the end of each monthly cycle.

In my opinion, most savers should skip over CDs and open Vio’s high yield online savings account instead. The savings account currently offers a competitive rate of 0.83% (about 20 times the national average when compared with traditional banks).

I’d recommend Vio’s CDs only if you’re concerned about tapping into your savings and would prefer making the money inaccessible for up to 10 years.

Personally, I can’t imagine ever putting money away in a CD for 10 years, but that’s just me — especially when considering that Vio Bank doesn’t offer CD ladders which would provide graduated earnings structures.

Vio Bank’s high yield savings account also offers daily compounded interest which is credited to your account monthly. And with no monthly maintenance fees, you won’t have to worry about your profits being offset.

Of course, some savers may worry the Fed will cut savings rates again which would lower returns across all high yield savings accounts. A CD can insulate you from rate changes if you deposit money before the Fed acts.

But interest rates are unlikely to plunge below zero — and a CD works both ways: You could insulate yourself from benefiting when rates bounce back in a few years.

And personally, I would rather bank on interest rates staying where they are for the time being versus locking your money into a long-term CD. For example, last year, Vio Bank paid a higher rate of 2.52% APY.

Only you can make that call, though. Next, let’s take a closer look at Vio Bank’s pricing structure.

There are no monthly fees, and the $100 minimum deposit required to open an account is relatively low compared to some other accounts on the market.

But Vio isn’t fee-free. You’ll pay a $5 inactivity fee for leaving the account dormant for 12 months. You’ll also be charged $25 for closing an account within the first 90 days.

Here’s a breakdown of the other fees you should know about:

It’s not fair to pick on Vio about this. Federal law requires banks to adhere to Regulation D, which limits monthly transfers in savings accounts to six. Banks have the right to convert violators’ accounts to checking plans — or even shut them down entirely.

So if you need to make regular transfers, keep that money in a separate checking account with another bank or credit union. Savings accounts are for saving, not moving money.

Another thing to watch out for are statement fees. Vio Bank does not charge for electronic statements. However, the company charges $5 a month for paper statements and $2 for additional statement requests.

Additional fees to be aware of include:

Like any bank, you’ll need to provide basic information including your name, Social Security number, driver’s license, and mailing address.

Signing up takes about five minutes. There’s no lengthy approval time or delay, and a credit check is not required to open an account.

Vio Bank is FDIC insured for up to $250,000 in deposits. But remember Vio Bank is part of MidFirst Bank. This means the FDIC insurance max of $250,000 will be split between both banks.

Vio Bank offers a variety of cutting-edge cybersecurity safeguards like anti-virus, firewall, and intrusion detection. In short, Vio Bank is as safe as any other online bank — potentially more so, having the protection of MidFirst which has a stellar reputation for security and customer support.

Again, Vio Bank is online-only, and so customers do not have access to brick-and-mortar bank branches or ATMs.

However, the company offers a full range of customer service features, including automated after-hours support and an online contact form.

One downside is there is no live chat option.

At 0.83% APY, the Vio Bank high yield online savings account is probably its best selling point. Earlier this year, Vio Bank was hovering at 1.50% before the Fed slashed its rates.

Expect this rate to spike again when the Fed raises its interest rates at some point in the future. Still, 0.83% is not a bad rate, especially when compared to the rates brick and mortar banks pay.

Mobile support is free with a Vio Bank savings account. The app lets you see your account, including your transaction and balance history.

You can also use the app to transfer money between linked accounts.

Vio Bank is straightforward. The bank does only what it does best. It offers two services, and both are easy to understand and use.

This is such a nice change of pace since so many other banks offer dozens of services and continuously try to upsell customers into different accounts.

With Vio Bank, what you see is what you get.

Depositing money into a CD account is a bit like putting your money in jail. You can get it out, but you’re going to pay bail.

Vio Bank offers a tiered penalty system if you withdraw money before a CD matures:

If you use Vio Bank’s high yield savings account, you get a higher (but variable) interest rate, and you are free to move your funds up to six times in any monthly billing cycle without penalty.

Some banks will offer CD ladders, which mature at staggered intervals. A ladder gives you regular access to part of your money. Not so at Vio Bank. If you are looking for an advanced CD policy that will earn interest at different rates, you’ll have to look at another bank like CIT Bank.

No ATMs or Branches

Since Vio Bank is an online-only bank, there are no ATMs or physical branches. This means you have to transfer money to a separate bank’s checking account if you want to access it. Transfers will take a few business days.

This is actually a good thing because it encourages you to park your money and keep it there. Remember: An HYSA is not a checking account, and it shouldn’t be treated as one. It’s for growing your money short term.

Vio Bank is a reliable and trusted online bank, backed by parent company MidFirst Bank of Oklahoma. Vio Bank does not have brand recognition but it offers one of the best savings accounts on the market.

Vio Bank offers a variety of cutting-edge security safeguards, including anti-virus, firewall, and intrusion detection. Vio Bank is as safe as any other competitive offering.

Vio Bank is FDIC-insured up to $250,000. As I mentioned above, Vio Bank customers who also have money in MidFirst Bank will split their FDIC protections between the two banks.

Who is Vio Bank owned by?

Vio Bank is a division of MidFirst Bank, which is one of the largest privately-owned financial institutions in the United States.

Some of Vio Bank’s top HYSA competitors include:

Is Vio Bank Right For You?

A Vio Bank account is a solid option for anyone who wants to set aside money and forget about it while it grows at a leading interest rate.

This bank does not have the muscle to be your every-day bank but it is an excellent supplementary addition to any portfolio. Vio offers savings rates that are about 20 times higher than the national average.

This is an excellent choice for people learning how to save money or for people who are approaching their golden years.

The journey to financial independence looks different for everyone but a high yield savings account should be a central component of any serious investor’s financial toolbelt.

Use high yield savings to set aside funds for a down payment on a house, a car, or that next life-changing vacation you’re looking forward to. These accounts are great parking places for your emergency fund.

You know your financial situation better than anyone else. Research your options and see what makes the most sense for your risk tolerance and your individual financial situation. You’ll make the right decisions, and I’ll be rooting for you every step of the way. 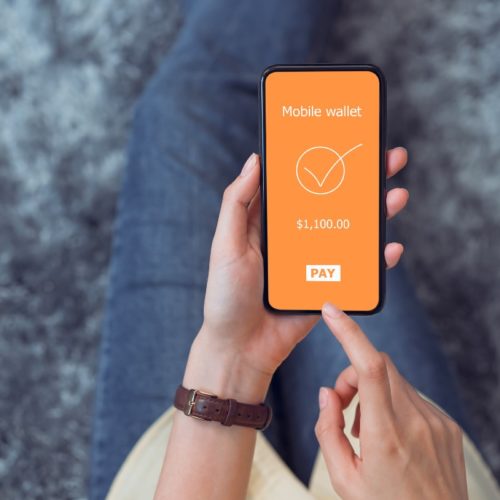 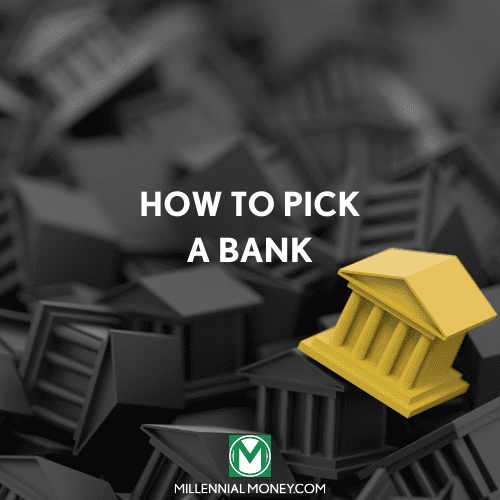 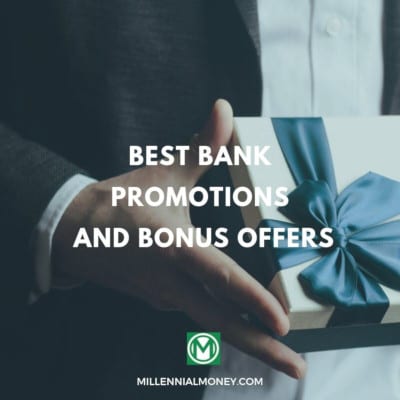 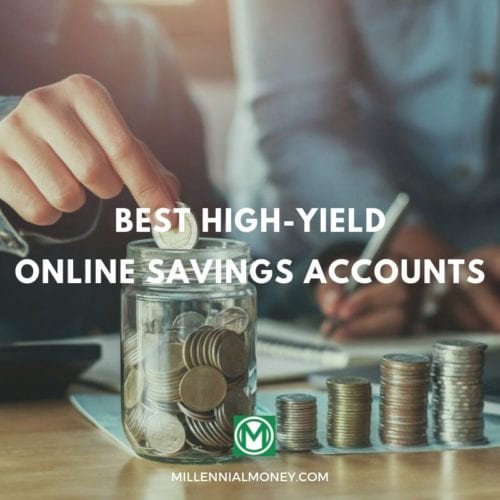