How to Live Off Interest Income

Wondering how to live off interest income? Here's everything you need to know for an interest-only retirement strategy.

Wondering how to live off of interest income and enjoy your golden years? For many people, retirement is a far-off, loosely defined concept. Far too many people simply can’t fathom the idea of exiting the workforce and living off of the interest from their investments alone.

It’s not easy. But with the right strategy, a little bit of planning, and determination, it’s possible.

The main idea here is to build a portfolio that produces enough passive income to cover basic living expenses in retirement while preserving the principal amount originally invested.

This part is very important… and it’s also a major reality check. Just because you reach the $1 million threshold doesn’t mean you can live like a multi-millionaire.

Add in more expenses on top of the car, and that $47,500 number drops even lower. This is why protecting your principal is so important.

How To Live Off Interest Income

As you can see, living off interest alone is possible for retirees, but it’s also risky. Here’s how to live off interest income:

1. Work as Hard as Possible

If you want to reach the point where you have enough money to live off of interest alone, you have to start bringing in more capital. It’s that simple.

Ask for a raise and pick up a side hustle or several. Try to double or even triple your annual salary and save every penny.

Many people hit $1 million and then ease off the gas. The trick is to reach that point and keep going. Use $1 million as a launchpad, not a destination.

Once you reach the point where you start living off of interest income alone, you’re going to need to rebalance your portfolio and put the majority of your holdings into secure accounts.

Mutual funds can work. But the problem is they produce inconsistent levels of interest, which can make it difficult to make ends meet. The last thing you want to do is start liquidating mutual funds for income if you don’t need to.

Your best bet is most likely to switch to a portfolio that includes annuities, certificates of deposit (CDs), and Treasury bonds.

3. Stick to a Budget

Living off of interest alone requires a shift in mentality. For most people, that means sticking to a strict monthly budget.

The trick is to avoid wasteful spending and throwing money carelessly around on clothes, vacations, and expensive luxuries. To get to that point and still live comfortably, you need much more than $1 million – and you can’t be drowning in credit card debt, either.

Sticking to a budget now can grow your principal, putting you in the position to make more money in interest down the line.

Examples of Living Off Interest Income

Here are two hypothetical examples of living off of interest:

Here’s the catch, though: Alex’s money is tied up in an individual retirement account (IRA). So he won’t be able to touch this money without paying taxes or penalties on it until age 59 ½. Plus, since this money is in a traditional IRA and not a Roth IRA, Alex will have to pay income tax when it’s time to withdraw the money.

To live off of interest, Alex would need to save a healthy amount on the side or invest with a brokerage account. But remember, Alex would also have to pay taxes on all capital gains and dividend yields in the process.

Morgan has $1 million in the bank. But unlike Alex, all of her money is in high-yield savings accounts and certificates of deposit (CDs) that have low-interest rates.

While these funds are secured by the FDIC, she only brings in just 0.2% APY. As a result, Morgan only generates about $2,000 annually in interest—far less than if she put her money into the stock market and made enough cash flow to live off of for an entire year.

Living off interest income sounds great. But the reality is that it can get complicated. Oftentimes, people reach $1 million and attempt this strategy but wind up having to go back to work due to unforeseen factors.

Here are some pitfalls to watch out for:

The inflation rate is rising annually as prices increase gradually over time. As a result, the money you have stockpiled in your account today will be worth less tomorrow. To combat inflation and rising healthcare costs, it’s critical to plan ahead and account for the cost of inflation at retirement age. If you can, put more into your savings or investment accounts.

Emergencies can happen at any time. You may have an unexpected illness or accident or several household expenses hit at once. Or your child may decide to go to an expensive college, requiring you to come up with more cash than you originally budgeted.  The fact is that an annual salary of $50,000 or less is not all that much to live off of in retirement. And if you retire early, you’re going to have years before you can touch Social Security.

The stock market is volatile, and there’s no guarantee that it can produce 8% to 10% a year in and year out. It’s not impossible for the market to have a down year, either.  If you’re living purely off interest and the majority of your money is in stocks and mutual funds, you may run into a problem if the market tanks. This could force you to dig into the principal or go back to work to make ends meet.

It’s About Money, Not Age

For some people, it takes a lifetime to reach retirement age. Other people get there in half the time with careful spending and investing.

Simply decide how much money you need to live off of annually, whether it’s $50,000 or $100,000 or more. After that, keep saving and investing until you get to the point where the amount of interest you bring in each year makes up for what you would otherwise bring in at your full-time job.

The main reason people fail to get to the point where they can live off of interest alone in retirement is that they lack the necessary focus and vision. Create a vision board (as corny as it sounds) and fill it with pictures of you living your best life. Tell yourself that you want to retire young and then structure daily spending and lifestyle habits to get there.

Simply having a vision board will help you waste less money and spend more time earning instead of wasting away in front of the television.

Pick the Right Strategy for You

There are many approaches to retirement income. Explore all the various options and move forward with one that aligns closely with your goals. Remember: Every investor is different. What works for someone else may not work for you. Real estate may be great for some investors but not others.

At the end of the day, look at what others are doing and follow your financial advisor’s advice if you’re working with one. But ultimately, you should try and chart your own course to maximize your chances of success.

How much money do I need to live off of interest?

To answer this question, you first need to determine how much money you need in retirement and the type of lifestyle you want to live. You then need to structure your portfolio according to the amount of money you need. For some people, $1 million is enough. Others might need much more than that.

Is it bad to retire early?

Retiring early can either be a blessing or a curse. Some people retire early, exit the workforce, and never look back. They move on to bigger and better things, make intelligent financial decisions, and build a better life in the process—one less focused on laboring and more on personal and community-oriented growth.

For others, early retirement is a nightmare. They blow their money quickly, eroding their principal while trying to live off of interest. At the same time, they take years off of work and are then forced to re-enter the workforce after being away from their profession. Frequently, people in this position find they can’t perform at the same level or even get the same job they once had. As a result, they have to take a different position or reinvent their career.

If you decide to retire early, make sure you do it right. The last thing you want is to fail and have to go back to work.

Can I retire on $1 million?

You can definitely retire on $1 million. But you probably won’t live a very lavish lifestyle. It’s far better to keep working, bringing in annual income, and letting your annual interest compound. Treat that $1 million as your nest egg. Once you save it, focus on getting to $2 million… then $4 million, $8 million, $16 million, and so on.

Can You Live Off Interest Income?

Many investors have the personal finance goal of living off of investment income and covering the cost of living with returns from their investment portfolio. But the fact is that this financial goal is very hard to achieve.

It’s not impossible. But it requires looking beyond short-term financial planning and having a careful long-term investment strategy in place to account for future income needs. This is especially true for people with a long life expectancy who want to retire young.

The last thing you want to do is get caught without enough income in retirement. Avoid that fate with diversification. Put enough cash into interest-bearing accounts, and you can make sure you have a healthy income stream flow into your account each month.

At that point, after working for so many years to make money, you’ll finally have arrived at the point where your money starts working for you. 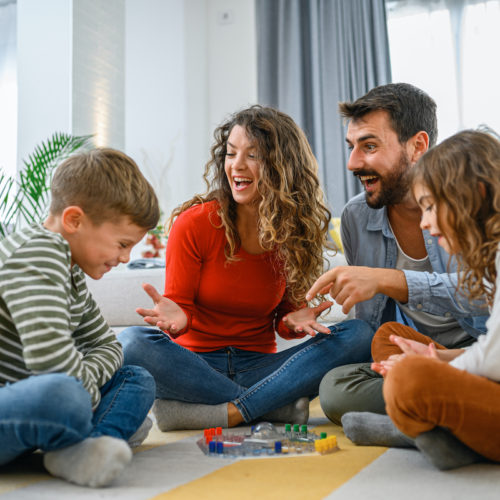 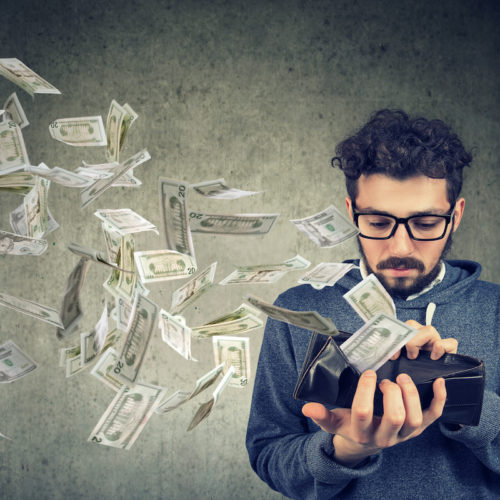 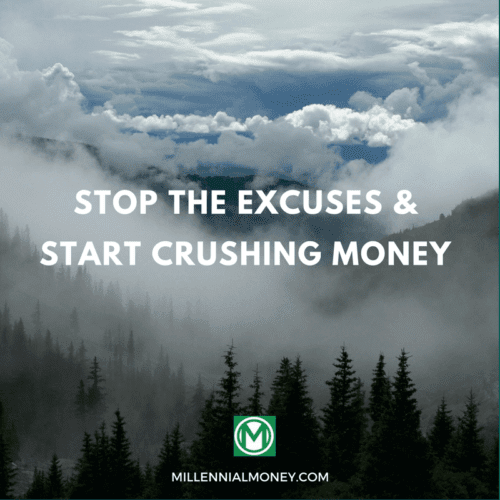