Gig economy statistics is an exciting topic to explore. It’s becoming even more prevalent as people are seeking out flexibility and autonomy.

To give you a better understanding of the gig economy, we’ve compiled all the essential gig economy statistics on the industry, the people who make it up, and how they earn.

Whether they’re trying to earn extra money on the weekends or become full-time independent workers, droves of people are looking beyond their 9 to 5 jobs to the gig economy.

Gig work provides short-term flexible jobs across dozens of industries. And thanks to technology, gig job opportunities are endless and easy to find.

Before we get too deep into the data, it’s important to define what the gig economy is. The gig economy is a market built on short-term contracts or freelance work rather than permanent jobs.

Today, the gig economy is fueled by apps and online gig platforms that connect freelancers with work opportunities. Anything from driving for Uber to being an English tutor can be defined as a gig job.

Now, let’s look at the numbers.

By all accounts, gig work is on the rise. The number of gig workers in the US increased by 31% between 2016 and 2021, according to McKinsey’s American Opportunity Survey.

Freelancers make up 36% of the workforce in the United States.

According to Upwork’s 2021 Freelance Forward Economist Report, freelancers comprise more than one-third of the US labor market, with 59 million freelancers nationwide.

One-fifth of independent workers in the US had international customers in 2018.

The gig economy has made it easy to take your business overseas. According to MBO Partners, in 2018, 19% of full-time independent workers in the US had clients in other countries.

16% of Americans say they’ve used a gig website or app to make money.

In a 2021 Pew Research Center Survey, 16% of US adults claimed to have made money with an online gig platform.

We’ll take a closer look at how that breaks down by age, race, income level, and sex later.

Florida has the highest proportion of gig workers in the United States.

A study from ADP Research looked at the states with the highest number of employed people to see what percentage of their workforce does gig work.

Here are the 9 states with the most gig workers:

Here are some essential stats on the people who make up the gig economy, including their demographics, motivations, and habits. And according to Upwork, half of Gen Zers have done some type of gig work in the last year. Combined, Millennials and Gen Z make up the bulk of the gig economy.

Hispanic Americans were most likely to make money on a gig platform in 2021. gigs by race and ethnicity

1 in 4 lower-income Americans has made money with a gig app or website.

Income has a pretty significant impact on gig work. According to Pew Research Center, 25% of lower-income Americans have turned to gig work, compared to 13% of middle-income and 9% of upper-income individuals.

Men and women participate in the gig economy at around the same level.

The survey also found that 15% of men and 17% of women are a part of the gig economy.

The biggest reason people take on gig jobs is to boost their savings.

At least half of the respondents said they did it to save more money, cover income gaps, or create their own schedules. 12% of US workers started freelancing during the COVID-19 pandemic.

The pandemic fundamentally changed the landscape of the workplace and popularized remote work. According to Upwork, it prompted more than 1/10th of American workers to join the gig economy.

And 67% of full-time gig workers said that freelancing prepared them better than a traditional job would have for the uncertainty that COVID brought.

8 in 10 freelancers in Upwork’s survey said their college degrees helped them with their gig work; however, more than half of respondents with a 4-year degree wish they had supplemented a 2-year degree with online training in their field instead.

3 in 4 independent workers say they’re very satisfied with their work situation in 2022.

76% of independent contractors consider themselves to be very satisfied with their jobs, and 64% say the decision to freelance was completely their choice (MBO Partners).

Most gig workers spend an average of 10-20 hours on their gigs.

A survey from Zety found that most gig workers spend 10-20 hours per week on their gigs. Here’s a breakdown of how much time people put into their ventures. 63% of self-employed workers say they’d rather have the flexibility of a gig job than a different job with a higher salary. Only 21% say they’d prefer a permanent job to their independent work, and 64% say they don’t like answering to a boss (MBO Partners).

54% of gig workers say they’d like to find a full-time job and keep up their gig as a side hustle.

More than half of Zety’s survey respondents said they plan to find a full-time job in the next year but still carry on with their gigs on the side.

58% of gig workers say independence is the biggest perk of the gig economy.

In Zety’s survey of independent workers, most gig workers said independence was the biggest advantage of their career and cited the lack of employee benefits as the biggest disadvantage.

Here were the biggest drawbacks and advantages independent workers cited in the survey. Wondering what jobs gig workers do?

The construction, recreation, and business services industries have the most gig workers.

According to ADP, these are the top 10 industries based on their share of gig workers.

Half of US gig economy workers provide skilled work services.

Based on Upwork’s gig workforce survey, 1 in 2 gig workers does skilled work. This includes services like editing, virtual assisting, consulting, and computer programming.

Airbnb is the number one gig app based on monthly income.

According to a survey from Earnest Loans, Airbnb users make the most money of all sharing economy workers, earning an average of $924 per month.

Here are the top nine platforms for gig economy workers based on average monthly income:

Here’s a closer look at how much people earn performing gig work.

On average, gig workers make an average of $5,120 per month.

According to ADP Research, full-time gig workers who consider their gigs to be their primary source of income bring home around $5,120 per month.

Gig workers outearn traditional employees in some industries, including transportation and warehousing, recreation, and professional services.

44% of freelancers say they make more money with gigs than they would with traditional employment.

Upwork’s survey found that nearly half of freelancers are earning more with their independent gigs than they could in a conventional long-term job.

Almost 20% of independents are considered high-income earners, bringing in $100,000 or more per year, according to MBO Partners’ 2022 survey data.

According to MBO, independent professionals make $69,000 per year on average, which is higher than the median income for US households.

Women earn around 82 cents for every dollar men earn in the gig economy.

According to Zippia’s gig survey data, there’s a gender pay gap in the gig economy. Men outearn women by 10.5%, on average.

So what’s the outlook for the gig economy?

The number of freelancers in the US is estimated to reach over 90 million by 2028.

According to Statista, the projected number of freelance workers in the United States in 2028 is 90.1 million, up from an estimated 73.3 million in 2023.

Nearly half of freelancers consider their gigs to be a long-term career move rather than a short-term opportunity.

48% of freelancers think of their independent jobs as a lasting source of income and a meaningful career move (Upwork).

42% of independent workers think automation will enhance their jobs by contributing to better work/life balance.

When MBO Partners asked how automation might change people’s jobs in the future, 42% of independent workers said it would lead to better work/life balance, compared to 36% of traditional workers.

And 55% of independent workers said automation won’t have any effect on the work they do.

80% of big corporations plan to utilize more free agents in the future.

A 2020 Intuit report found that most major corporations plan to shift to using more freelancers and contractors and fewer traditional employees in the future.

By the end of 2023, over half of the American workforce will have worked as independents.

In 2018, MBO estimated that 52% of working Americans will have contributed independent work over the next five years.

How many people are working in the gig economy?

There were 58 million independent workers contributing to the gig economy in the United States in 2021, which is more than one-third of Americans.

Who benefits from a gig economy?

The gig economy benefits employers and workers. It saves businesses money and provides them with skilled workers, who enjoy flexibility, freedom, and the ability to choose the jobs that appeal to them and work on their own terms.

Is the gig economy the future?

Based on statistics, the gig economy is here to stay. This segment of the workforce is growing rapidly each year as more people join the independent workforce on a part-time basis and others become full-time gig workers.

How do you succeed in the gig economy?

You can follow these steps to be more successful in the gig economy:

What skills are needed for the gig economy?

To succeed in the gig economy, it’s important to have these skills:

The gig economy is an exciting topic to explore, and it’s becoming even more prevalent as people are reassessing their priorities and seeking out flexibility and autonomy in their careers.

While it definitely has its drawbacks, the gig economy provides tons of unique job opportunities, and it fits millions of workers’ needs.

As technology advances and the workplace evolves, it will be interesting to see how gig economy trends and perspectives change. 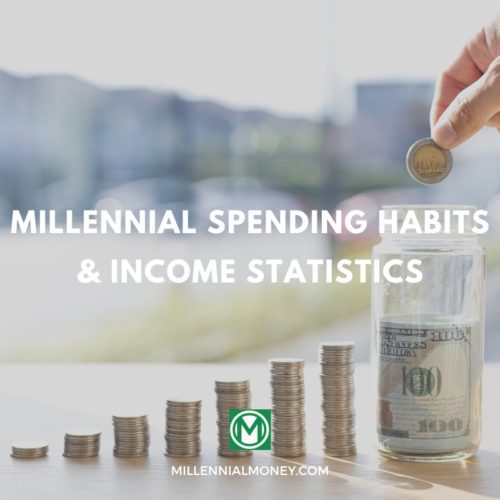